Showing XX filtered results
No Results Found
We didn't find any communities that matches your search. Please adjust your filters and try again.
FROM THE UPPER $600s - UPPER $1.3 MILLION 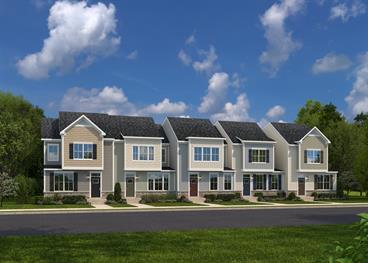 FROM THE UPPER $500s
Ponds Edge
Media, Pennsylvania
We're excited to meet you! We are Open By Appointment Only. Give us a call and we will schedule your private tour of our model home.
Directions to

Ponds Edge
Media, PA
Have questions about our communities?
I can help you find the right one in the location where you want to live.

Hi, I'm Jessica
Have questions about our communities? I can help you find the right one in the location where you want to live.

Pennsylvania's highest-income county, Chester County is home to many of Philadelphia's most desirable suburbs. Founded as one of the state's first three counties by William Penn in the late 17th century, the region now encompass half a million residents west of Philadelphia.

Chester County has been shaped by transportation over the centuries, with its central location between Philadelphia and the Susquehanna River ensuring that the first pioneer routes west ran through the county. The famed Pennsylvania and Reading Railroads followed similar routes in the 19th century, with industry flourishing along the rail lines.

New-home construction in Chester County is concentrated in the "fingers" of suburbs that have grown along major transportation routes over the past decades. New townhomes in Chester County benefit from a verdant and well-preserved landscape of rolling hills and valleys. With residents enjoying a combination of tranquil surroundings and easy access to urban hubs, new homebuilders in Chester County are constantly adding to the pool of quality homes and townhomes.

Near the Historic and the Scenic

Residents of our luxury homes in Chester County value the area's proximity to sites of historical interest, including the Valley Forge encampment, which proved crucial to General George Washington's efforts during the Revolutionary War.

Surrounded by rolling hills, Chester County residents enjoy a number of well-visited recreational areas including Marsh Creek State Park. The 1,700-acre park includes a more-than-500-acre reservoir that allows fishing, boating, swimming, sailing, hunting and winter activities such as sledding and ice skating. Our new homes in Chester County are also close to the historic Valley Forge, where General Washington was encamped with American soldiers during the War of Independence.

A particularly appealing community is collegiate West Chester, which maintains many buildings of historic note dating back to its 19th century heyday as a clock-manufacturing center. Our luxury homes for sale in Chester County, PA, are also situated in the desirable bedroom communities of Downington, Coatesville, Exton, Chesterbrook and Malvern.