Showing XX filtered results
No Results Found
We didn't find any communities that matches your search. Please adjust your filters and try again.
FROM THE MID $700s 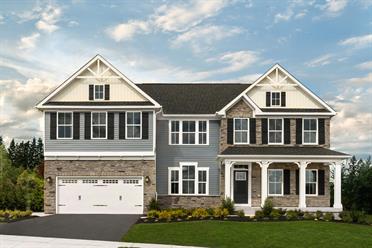 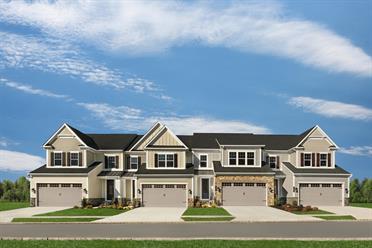 FROM THE UPPER $500s
Ponds Edge
Media, Pennsylvania
We're excited to meet you! We are Open By Appointment Only. Give us a call and we will schedule your private tour of our model home.
Directions to

Ponds Edge
Media, PA
Have questions about our communities?
I can help you find the right one in the location where you want to live.

Hi, I'm Jessica
Have questions about our communities? I can help you find the right one in the location where you want to live.

As one of America's most populous and commercially powerful cities, Philadelphia has a thriving local economy. Home to a bustling finance sector, the city proves particularly attractive to driven investors and fund managers. In addition, our new homes for sale in Philadelphia are located near centers of operation of numerous Fortune 500 companies. Both Cigna and Colonial Penn maintain headquarters within the city limits, and our new homes in Philadelphia are also within close reach of satellite offices of Boeing and Bank of America. In addition, Philadelphia is home to a growing healthcare and biotech sector, with pharmaceutical players ranging from GlaxoSmithKline and Johnson & Johnson both standing as two of the city's top employers.

While Philadelphia is renowned for its powerful economy, the city also contains an eclectic cultural scene. Downtown Philadelphia is home to a diverse roster of performing arts centers ranging from the Philadelphia Museum of Arts to the Kimmel Center for the Performing Arts. In addition to its more classical offerings, the city of Philadelphia funds its own Mural Arts Program, which encourages innovative mural and street art throughout the city. Our new construction homes in Philadelphia all rest within easy drive of the city's myriad cultural outlets, and the city as a whole has been a birthplace of numerous American musical movements.

In addition to its engaging cultural scene, Philadelphia contains a rich history. Originally planned as America's capital, Philadelphia has been a staging ground for pivotal events throughout American history. An early area of colonial settlement, Philadelphia became a rallying point for America’s revolutionaries during the war for independence. Patriots ranging from Benjamin Franklin to George Washington took refuge in the city, and the metro's well-preserved antebellum constructions bear testimony to its storied past. Our new homes in Philadelphia are all within close reach of the city's numerous historical sites, with the Independence National Historical Park containing a plethora of distinguished monuments.